Hmmmm so it’s all about design v proportion this week.  Golden rule?  I don’t know about you but generally if somebody tells me there’s a rule I ask myself why.  So, when faced with a challenge that involved discussing same – I thought …. “How the hell am I gonna get enough time to trapse around town snapping all the buildings that may have been designed using this divine proportion notion”.

I needn’t have worried though – due to an extreme shortage of spare time I decided to see if I could find some everyday examples of this concept in everyday items at home.  It took all of about five minutes and I had found a couple.

Fearful of having to learn some incomprehensible “Mathematics Law” in order to understand this concept, I was only too delighted to find a simplified way to calculate it.

It would appear that the Golden Rule (Divine Proportion) has been derived from and is closely related to Fibonacci numbers.

Simply put fibonacci numbers are numbers that are calculated by adding the two previous numbers together.

So, armed with the solution to create this miracle of design (and PowerPoint software)  – I couldn’t help but try it for myself. 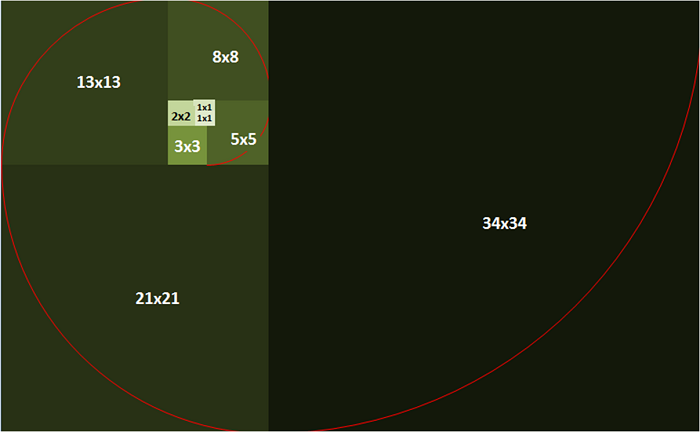 I found it funny to find out that some of us have perfect ears based on the Golden rule!

Having been advised that this rule is so prevalent in website design – I checked it out for myself.